In British #folklore the green dye from alder #tree flowers was thought to colour the clothes of fairies, as well as camouflage the clothes of outlaws like Robin Hood https://t.co/WplzqZDI9J #FolkloreThursday pic.twitter.com/2yI05vyGj4

Word of the #FolkloreThursday: “naiad” — a spirit that haunts streams, springs, rivers & wild freshwater, as––in Greek myth––an “oread” is a spirit of the mountains, a “dryad” a spirit of trees & woods, and a “nereid” a spirit of saltwater, seas & oceans. pic.twitter.com/c4UorNbN98

The aim of the European Cultural Heritage Year 2018 is to share our common cultural heritage and its potential for identification, participation on and development of European cultural, social, economic and other values. The cultural heritage of the forests and in the forests tackles the multiple interrelationships between forests, forest management and the human society, which have changed in the course of history. It is not only confined to demonstrating historical developments, but contributes also considerably to a better understanding of the present situation of forests and the development of the cultural landscape, and provides valuable input for forest conservation and management policies.

The EU-Action Plan 2006 acknowledged cultural landscapes, traditional practise and other cultural values of forests as some of the ways of achieving local and regional sustainable development. Landscape values are also included in the new Common Agricultural Policy (CAP) and the European Landscape Convention. Cultural landscapes are considered to be a development factor. These potentials have only partly been investigated till now.

However, there is an increasing demand by forest owners related to new markets and additional income beside forestry and an increasing interest of tourisms in the utilization of forest areas and beautiful sceneries. At present numerous initiatives, collections and museums exist; however, they are often not adequately linked. Thus, a new approach for co-operation of forest and woodland history including traditional knowledge and forest and tourist enterprises is aimed and an increasing need to deepen the knowledge related to the forest related cultural heritage should be fulfilled. 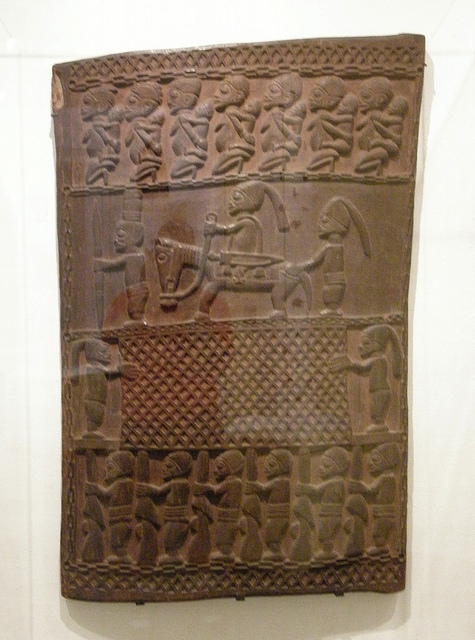 “In Anaocha, wood and wood products have socioeconomic, political, religious, and cultural implications. These are enshrined in the people’s ways of life and exemplified in their norms, values, beliefs, and customs. Religiously, some trees (Iroko, Ofor, Anunuebe, and Ogilisi) are perceived to be sacred because of the religious roles such trees play within the locality as well as their perceived inherent supernatural powers. Trees, such as Iroko, coconut, and so forth, are linked to reincarnation of certain individuals. It is a general belief that a reincarnated individual buries his or her Iyi-uwa (a special kind of stone, which forms the link between an Ogbanje and the spirit world) with which his or her reincarnation was made possible under such trees. Iyi-uwa is an object from Igbo mythology that binds the spirit of a dead child (known as Ogbanje) to the world, causing it to return and be born again by the same mother. (…)
Ethnographic sources revealed that white or red cloths are tied around the tree and that such cloth is often stained with blood of sacrificial animals such as fowls, goats, cows, and so forth. Furthermore, the foot of the tree is decorated with broken pieces of potsherds and stones that are arranged strategically. Prayers and libations are often done under such a tree which is often linked to a particular deity.
Wood types such as Iroko, Akanta, and Ngwu are used in carving sacred objects such as masquerade heads, images of deities (gods and goddesses), and religious musical instruments such as drums, gongs, and flutes. This is because of the belief that they are associated with Ala, the earth goddess, and has connection to the supernatural beings or the spirit world that links the people with their ancestors and ancestress. Thus, some trees are revered as demigods and attract lots of rituals, ceremonies, offerings of sacrifices, and dedications in the communities where they are found. In fact, sacred trees such as Iroko, Ngwu, and Ofor are installed as gods by most communities in Anaocha”.

Gary Chastagner has spent every fall since 1978 running reconnaissance at Christmas tree plantations, pop-up retail lots, and big-box stores across the country. At each stop, the plant pathologist scours the inventory, finding the best-looking tree in the whole place. Then he takes photos, interrogates salespeople, and snips away small branches, which he weighs with a portable scale before airfreighting them back to Puyallup, for testing at his Washington State University lab.